Upon the arrival of john Harington speak to Uganda in 1864, Uganda was formally operating under a by then described as a federal monarchy, different regions where under the leadership of kings and chiefs. It was difficult to tell what and where the boundaries of this African pearl due to various regions and tribes in the country, every region has its own language and culture.

John Speak and H.M Stanley found a hard moment to describe this great nation not until the arrival of the church missionaries in 1877 and 1879 who went deep to know and describe this nation its people and culture.

It was as a result of this that (missionaries) that various regions and areas where annexed to form one united Uganda in 1894 during the reign of  King Mwanga and Kabalega of Bunyoro whom which the British based on to form Uganda hence making it a British protectorate.

Later on, these two kings where exiled into the Sychcells Island on the Indian Ocean for defying the British rule and orders.

The British chose to deal with Buganda alone by providing all the necessary protection; they used Buganda to persuade other regions to join the protectorate. In 1900 an agreement was signed between the British and the by then a young Kabaka who was only one year. This agreement stayed firm until 9th October 1962 when Uganda gained her independence from the British, the union jack was lowered and the Uganda flag was raised.

Buganda’s Mutesa II was elected the first president of Uganda working closely with his prime minister Dr. Apollo Milton Obote until 25th May 1966 when all this came to an end leading to mass killings of over one million Ugandans.

Obote abrogated the independence constitution where he abolished most things including all traditional leaderships such as kings and chiefdoms. And later promoted himself executive political president of Uganda a post he held until 26thJanuary 1971 when field marshal Idi Amin Dada took over power from him.

Until now the world still remember the seven years atrocities of Dictator Idi Amin Dada. Many Ugandans fled the country including now current president Yoweri Kaguta Museveni and the struggle to save Uganda started.

Yoweri Museveni and colleagues led the struggle from Tanzania and in 1979 Amin was defeated. Several presidents came along leading short term, and these included Prof. Yusufu Lule, QC Godfrey Lukongwa Binaisa, Paul Muwanga, Obote in another phase and Tito Okello Lutwa, who had taken over power from his boss Dr. Apollo Milton Obote.

The past presidents of Uganda

As a result of Obote rigging the 1980 presidential elections, Museveni decided to enter bush to fight Obotes bad leadership. He liberated the country in 1986. Many Ugandans received president Museveni’s victory. 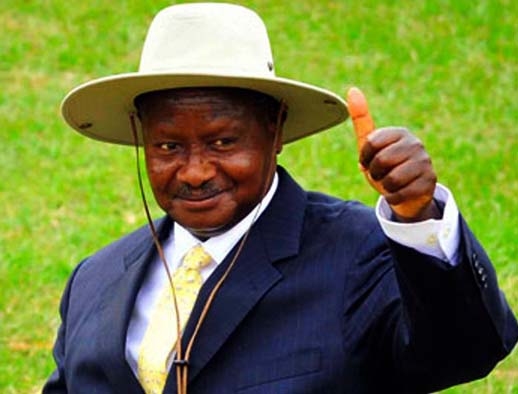 Among his ten point programs which took him to fight were democracy and rule of law. He organised the first ever presidential elections in 1996 and he was declared winner, until then to date Museveni has been winning with higher percentages of votes from 1996, 2001, 2006, 2011, and now 2016. On that note therefore he is Uganda’s most serving president.

Safari trips to discover the history of Uganda