The Niagara falls and Murchison Falls 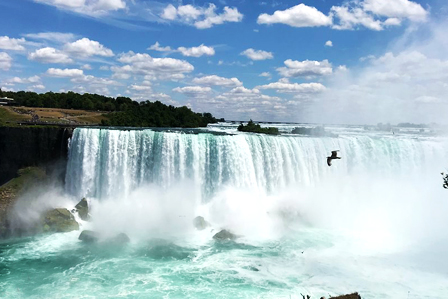 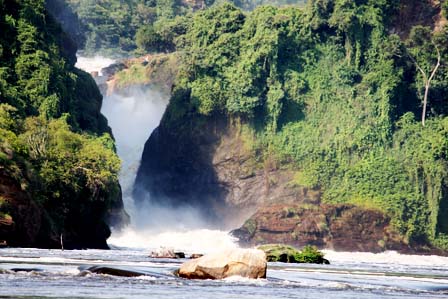 In Uganda, Murchison falls National park is said to be Uganda’s oldest and largest conservation area just like the Niagara Falls state park is the oldest state park in the United states, the falls and Maid of the Mist boat cruise being the most famous activities there while Queen Victoria park, Canada is famous for its outstanding flower displays of daffodils and roses in seasons.

The Niagara falls are situated on the Niagara River which drains Lake Erie into Lake Ontario, in the case of the Murchison falls, they drain the White Nile, pours into the Albert Nile which finally pours the water into Lake Albert. When all the three Niagara falls are combined, they form the highest flow rate of any waterfall in North America that has a vertical drop, horseshoe falls alone is the most powerful waterfall in North America measured by flow rate, Murchison falls on the other hand is rumoured to be the most powerful in the world.

Murchison falls is famous for its spectacular scenery and very huge bio diversity that includes various species of plants and animals, not to forget the lions, Buffaloes, elephants and leopard that are four of the big five. The Niagara falls on the other hand is famous for its beauty and available source of hydroelectric power.

Both Murchison and Niagara falls have boat cruises available for tour. On the boat cruises of Murchison falls, you are able to see all its falls the main and its smaller ones while for the Niagara falls, we have the Maid of the mist operating from the American side and Hornblower cruises for the Canadian side. There are several points to view the different sides of the Niagara falls including the islands surrounding them.

The Niagara falls can be viewed from walkways, boat docks, the bridge above the American falls and helicopter also the on the Canadian side, the falls can be seen from the different platforms, an observation deck that offers the highest view of the falls, underground walkways that lead into observation rooms that yield the illusion of being within the falling water and lastly the Whirlpool cable car, a cable car that takes passengers over the Niagara Whirlpool.