Murchison falls National Park previously known as Kabalega park is Uganda's largest or biggest wildlife national park blessed with a variety of tourist activities like hiking top of the falls, boat cruise on the Victoria Nile, chimpanzee tracking in Budongo forest, fishing tours, game drives that spot you to a variety of animal, bird and plant species. Among the animals to see include the lions, elephants, crocodiles, hippos, buffaloes, giraffes, jackson's heartbeats, waterbucks, warthogs, oribis, and many more with Murchison Falls being the main attraction of the park and chimpanzees in Budongo forest.

Murchison Falls National Park the largest National Park in Uganda is located in the North western region of Uganda at 3,840 square kilometres; A 5 - 6 hours drive will take you through the main Gate at Kichumbanyobo gate, and will be welcomed by the shying away baboons through kaniyo Pabidi forest which is also common with chimpanzee trekking.

The park is named for its dramatic Murchison Falls, where the world's longest river explodes violently through a narrow cleft in the Rift Valley escarpment to plunge into a frothing pool 43m below. Sir Samuel Baker, who in 1864 was the first European to see the falls, named them after Sir Roderick Murchison, president of the Royal Geographical Society. The falls lend their name to the surrounding Murchison falls National Park.

During the regime of Idi Amin in the 1970's the name was changed to Kabalega Falls, after the Omukama (King) Kabarega of Bunyoro, although this was never legally promulgated. The name reverted to Murchison Falls following the downfall of Idi Amin; It is still sometimes referred to as Kabalega Falls.

Animals in the park.

Bird species in the park.

There are a variety of bird species in the part and some of these include; herons, cornmorants, ducks, bee-eaters, fish eagles, kingfishers and sometimes the rare shoebill among others.

Things to do in the Park

Accommodations choices in the park. 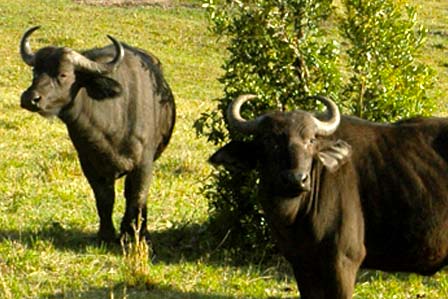 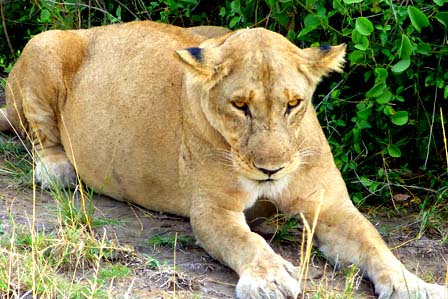 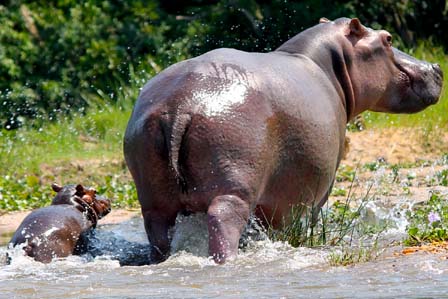 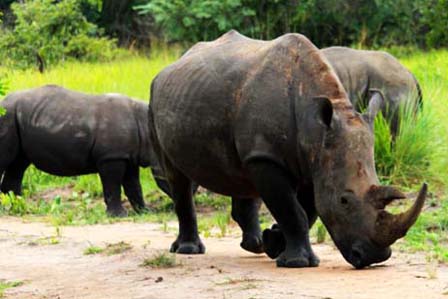 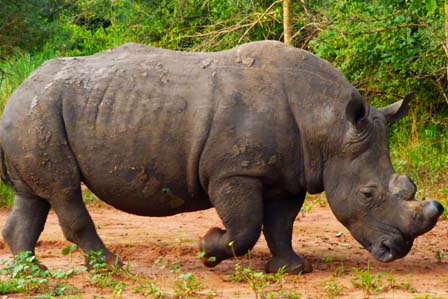 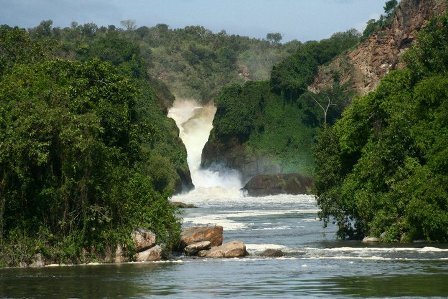